Why We Love Lead Gen More Than Affiliate Marketing

We built both the Affiliate Marketing business and the Local Lead Generation business, and guess what... We like the local lead generation model so much more. Here's why...

6 Main Reasons Why Building & Ranking Simple Websites like These

Is So Much Better than Affiliate Marketing

With lead gen we rank simple websites at the top of Google in local search like below. 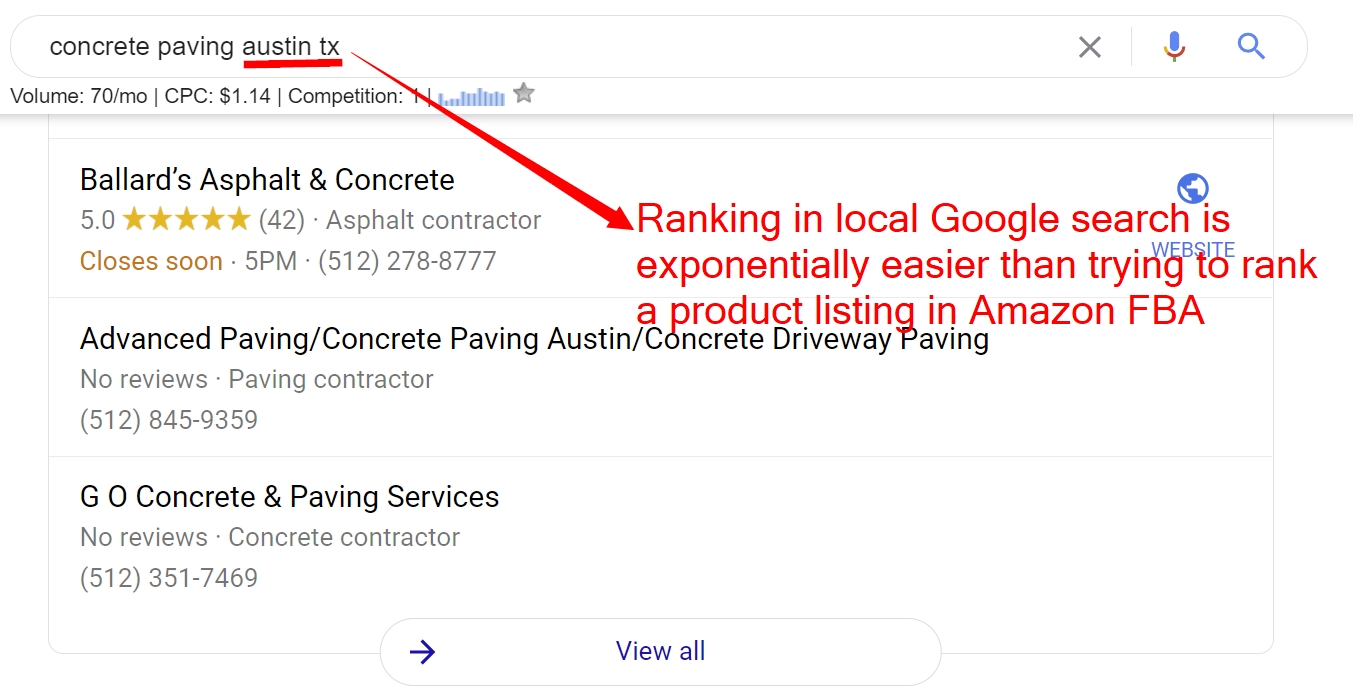 We have at least 50 different niches we can go into, but not only that we can pick and choose any city in the US or other countries. Each city is its own separate market.

This gives us exponentially more options than Affiliate Marketing because with AF you have to pick a product category and you're forced to compete with any supplier anywhere in the world.

In local you're only competing with 20-30 local companies instead of the world.

Dominating smaller market is easier but in business that would mean you would make less money... however with local lead gen it does not matter because we can simply continue to build more sites in other cities and pick any niches to continue to grow our income.

So we are taking advantage of the power of the internet, we're not stuck in any one location with a storefront.

In fact, I could live in a different country and still build & rank websites in the US and get paid.

Why compete against giants when you can go knock out 3rd graders?

With Lead Gen we have a specific formula we follow to outrank our competition in Google.

One of the main factor is backlinks or links you get from other sites, we are taught the skills to be able to go get these links on our own.

We don't hope & pray that we get #1 rankings, we know exactly what we need to do. 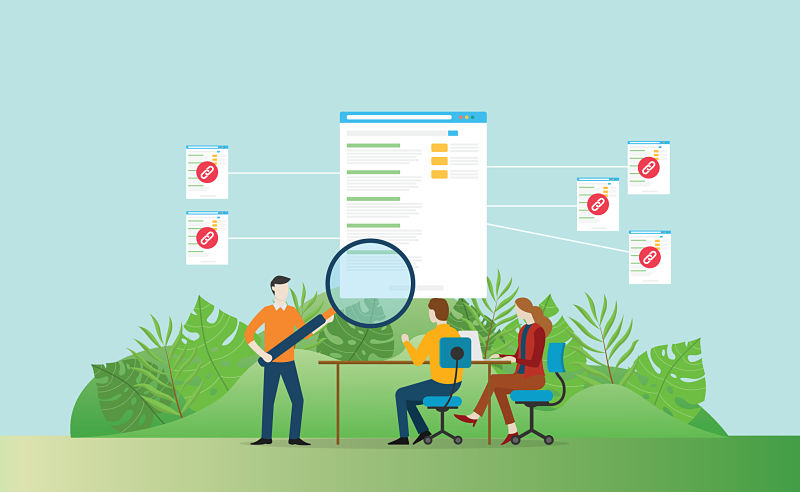 What's great is that in local rankings, most of our competition don't really know what they're doing when it comes to manipulating search.

With Affiliate Marketing, it's much more competitive, with larger, well-established blogs taking up the majority of the space. #notnewbiefriendly

I had a friend doing affiliate marketing for a while, making some pretty decent cash from his series of amazon affiliate program offers, but then Bezo's decided to cut all the afffiliate commissions by 50% in April 2020.

My friend's income was cut in half overnight and there was nothing he could do about it. 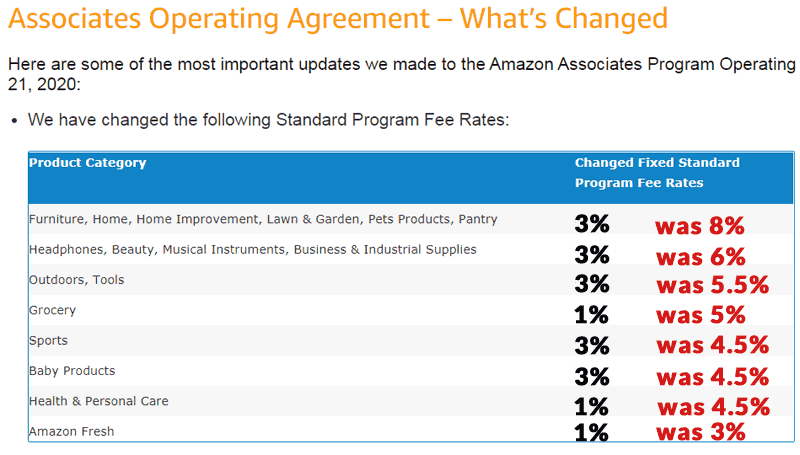 After swimming in confusion for a couple of months, he messaged me in July, knowing that I'd built a solid online business that'd weathered the pandemic well so far.

(he and I talk every few months)

He told me that it'd taken him a couple years of daily posting to get to the point where he'd been pre-April and he didn't want to just build his business up again just to have another company screw him over.

Then he grilled me on the lead gen model and why it is so robust.

I told him that I experienced the lead gen model to give me complete control over my business, since I own each lead gen site I create.

My average site brings in 9 grand per year, and took about 4 months to rank up in their specific local area, at which point they start generating leads (and become valuable assets).

I build no less than 10 sites at a time, which I accomplish pretty easily because I've created a team of virtual assistants

Many niches in affiliate marketing are becoming virtually impossible to compete for a beginner.

This is a big issue with this business model, that makes it quite difficult for an excited newbie. Competition is fierce and the power that aged sites have accrued is hard (pretty much impossible because you can't fake age). You can buy an aged domain, but to do that, you'll need a lot of money.

High quality aged domains can up priced up to the tune of thousands of dollars.

Here's what another friend of mine does:

He started small, doing the local lead gen model for a few years, and moved his income up to 45k a month.

Then he branched out and started a global site that he uses to promote one of his favorite courses.

In fact, he's become so successful at it that he's partnered with the founder, so he's not merely an affiliate, but has a stake in the company, guaranteeing that he won't ever have the rug pulled out from under him.

To me, that's a road that anyone can take:

I love ranking simple lead gen sites because I don't have to worry about well grounded competition from older sites. I simply rely on my tried & true system to beat the little competition in the local space and I'm able to predictably rank all my digital properties.

Once my lead gen sites are ranked, they're pretty much passive.

AKA: I can leave them alone and they keep making money for me on autopilot.

In Affiliate Marketing, even if you create a successful business, the question is, for how long?

You don't want to pour your time and money into something that might generate some cash for a few months to just have the company change the rules, the commission rates or close out their affiliate program altogether.

It's very unnerving to me to see things like what happened in April, Amazon Affiliates went through every stage of grief, from denial, to anger, to sadness and acceptance.

I wish I could see where all the affiliates have gone since then.

To see who pivoted and who gave up.

The true entrepreneurs fail forward and never give up.

In the affiliate world, to create an income, you've got to be put in a year of work with little to no ROI.

In local lead gen, you can start closing business immediately, by offering businesses SEO & website builds, while your own, long term assets, your lead gen sites rank up. 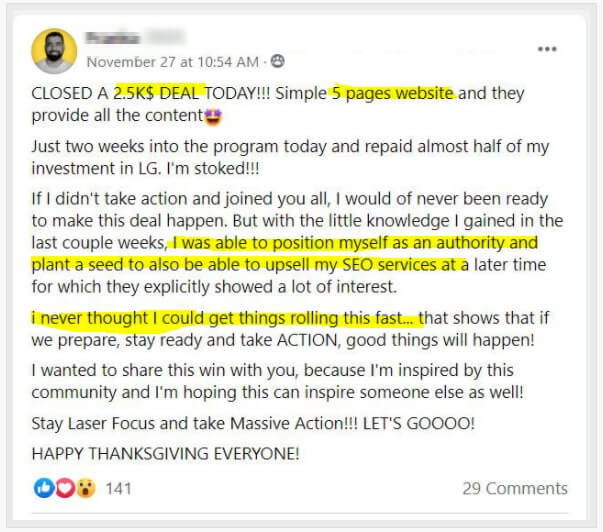 In most affiliate courses, you're told to find a niche that you're passionate about, and put out a sh*t ton of blog articles, while you also put in the off-page work to point backlinks to your domain.

Depending on your passion, you'll be writing and backlinking for half a year to a full year before you see any significant traffic.

(and I'm talking daily action, 2-3 hours of it minimum)

Success is so heavily dependent on the level of competition in the niche, which you don't have much control over because you're not creating it yourself.

Where as with lead gen, my success depends on ME.

My skills in pushing sites up the rankings.

All that matters is who is at the top positions of Google.

Leads will always be needed, because small businesses will always need new customers. It will never go out of style like fidget spinners did in 2017.

As long as I continue to develop my skills in ranking sites, most will not be able to touch me in the rankings and I will always be in high-demand in the marketplace. Therefore I am ALWAYS in full control.

Anytime you are dealing with commissions on affiliate products, you simply have more on-going work to do.  Since the competition is always growing, you'll need to continue hammering out high quality content, as well as sourcing high DA backlinks to keep your site's power competitive

Nothing is more passive than a website that ranks in Google that generates leads. It's all digital.

We have lead gen sites from 2014 that we hardly ever touch, making us money every day.

We have 50+ lead gen sites out there that are generating traffic daily on auto-pilot and every month we simply continue to build more, with Affiliate Marketing it does start to get difficult to manage when you have to track all the offers you're promoting as well as keeping your blog content fresh.

We have lead gen websites from 2014 still making us money today that we have not touched since then. It's hard to find affiliate sites with this level of passivity.

With most Affiliate Offers, all you're really doing is being the middle man and selling various products you found on an affiliate marketplace like Clickbank. You're not really helping solve some major issues for your customers.

With Local Lead Gen, you quickly become essential to many small business owners as you're literally supplying the lifeblood of their business: new customers. You're the bill that pays all the other bills. You're building real win-win relationship with these owners where the more money they make, the more you make.

Inside, you feel fulfilled by what you do, because of the significant impact your work is having on the many different businesses you're supplying new customers to.

You feel good about what you do because you know you're making an impact. This may not seem that important in the beginning but trust me, in the long-term it is important to be in a business where you can remain passionate in because otherwise you will lose motivation.

We've remained passionate in local lead gen because building true personal relationships with these local business owners allows you to really feel the impact of what you're doing.

The business becomes about more than just trying to make money, it becomes more about how much more people can we serve & change their lives for the better.

#6. You're Not in Full Ownership of the Affiliate Marketing Business

No matter what any Affiliate guru tries to tell you, Affiliate Marketing is still not 100% your own business because you're actually only in business because of the affiliate offer that you're promoting and so you're in essence helping to build the company's business which also means you're at the whim of any future changes they decides to enact.

Some Other Issues with Affiliate Marketing...

With local lead gen it is my own websites that no one can take away from me. #control

Google is not going anywhere. (biggest search engine on the planet)

I have full control over my assets in my lead gen business. (again, see the word: CONTROL)

In Affiliate Marketing, many of the pieces you do not have full ownership: the main one being the offer you're promoting and secondly, your compensation plan. You can labor day in and day out, but really you're income isn't secure, because it can be taken away from you without you having much, if any, recourse.

Despite all these limitations, its still worth it for the aged, experienced people to sell affiliate products because they've already put in the time, building the traffic and their own powerful website.

But if you have the skills to create your own traffic aka local lead gen, then you can own every aspect of your own business, which means we prefer because we love being in full control.

A Student Shows Off His Local Lead Gen Site

Why Lead Generation Over Affiliate Marketing?

Get Started with Lead Gen

In-Depth Webinar on the next page... with tons of real world case studies.